Google Voice is Coming to iOS4!

New hope arose last week when two new apps appeared in the App Store utilizing the Google Voice service. GV Mobile + and GV Connect were accepted by Apple for the first time since they removed such apps last summer (and yes, they are available in the Canadian iTunes store). With the new App Store Guidelines released earlier this month, there was much speculation that the fight between Google and Apple regarding Google Voice could soon come to an end. 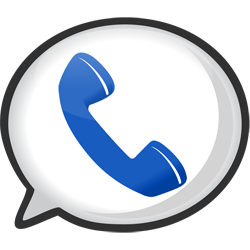 Well, that end is supposedly here now. A report on TechCrunch early this morning cites a source inside Google that their official Voice app has actually already been approved by Apple and we should expect to see it very soon, probably within the coming weeks. If proven true, this willÂ mark the end of a lengthy battle and surely happiness for iPhone users everywhere.

The controversy all started in July 2009. After already having a number of applications in the App Store that utilized the Google Voice service, Apple pulled them all when Google submitted their own official app. The FCC got involved, investigating the incident and Apple made claims that they didn’t actually reject Google Voice, but that they were simply reviewing the application. According to Google though, their software was rejected. Over a year later and nothing had transpired, except that Google circumvented the situation by releasing a web app which works in Safari on the iPhone.

It appears that the new App Store Guidelines are very much a factor in this change, as they are much more clear.Â The rules prohibiting an application from getting approved doesn’t appear to apply to Google Voice and we should all be better for it.