Google Wifi, the search giant’s mesh router system, is rolling out an update where customers will soon be able to test all connected devices when performing a Network Check:

Starting today, we’re rolling out a new feature to Google Wifi that lets you measure how each individual device is performing on your Wi-Fi network. Knowing Wi-Fi coverage is poor in an area of your home can help you pinpoint the exact bottleneck when you notice a connectivity slowdown. Then, you’ll know to move your Google Wifi point closer to that device or even move the device itself for a stronger connection. 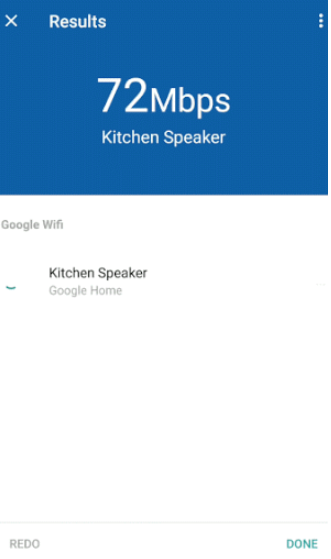 According to Google, in the past month, they “saw an average of 18 connected devices on each Google Wifi network, globally.” As more and more connected devices reach our homes, having a sufficient Wi-Fi signal throughout living areas and beyond are key, especially when it comes to growing smart devices.

Google says the Network Check update will be “available in the coming weeks to all Google Wifi users around the world.” All you have to do is open the Google Wifi iOS (or Android) app and “dead zones be gone!”

Update: The Google Wifi update is now available and there is also iPhone X support. Click here to download it.

Geekbench scores allegedly belonging to Apple's upcoming "M2 Max" chip were recently spotted and shared online by known Apple tipster ShrimpAppePro (@VNchocoTaco), giving us a hint at the kind of performance we can expect from the next iteration of Apple Silicon (via MacRumors). Apple is expected to release a pair of higher-end M2 chips in...
Nehal Malik
38 mins ago