According to Google’s updated terms of service, it will begin selling adult users’ profile names, photos and comments in reviews and advertising from November 11, The Wall Street Journal reports.  So for example, a product on Google’s Play Store is given a +1 by you, it will be shown by Google to your friends and Google+ connections with product ads, something that Google is referring to as “shared endorsements”. 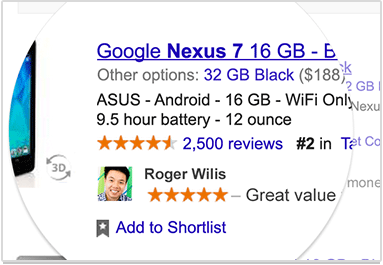 By drawing information from users’ Google+ accounts, Google can share their profile along with their reviews or comments while selling a product. For instance if you gave a +1 to your favorite fashion retailer, your mom might see an advertisement from that retailer that says you like it. It must be noted however that your mom will only be able to see your endorsements if you have agreed to share content with her. Fortunately, users head over to this link and opt out of being a part of shared endorsements.

“Feedback from people you know can save you time and improve results for you and your friends across all Google services, including Search, Maps, Play and in advertising. For example, your friends might see that you rated an album 4 stars on the band’s Google Play page. And the +1 you gave your favorite local bakery could be included in an ad that the bakery runs through Google. We call these recommendations shared endorsements and you can learn more about them here.”

Previously, Google has been found to show people’s +1 activity in ads across its advertising network.

[caption id="attachment_389886" align="aligncenter" width="1200"] Image: LCG Auctions[/caption] A rare, factory-sealed original iPhone from 2007 in mint condition is up for bidding at New Orleans-based LCG Auctions' 2023 Winter Premier Auction, which will run through February 19 at LCGAuctions.com. According to LCG Auctions, the item could ultimately fetch more than $50,000 USD. The same auction house...
Nehal Malik
44 mins ago