Every year Google takes a look at what we’ve been searching for on the Internet. Today they released the 2011 Zeitgeist (“the spirit of the times”) which sorts billions of Google Searches to capture the year’s 10 fastest rising global queries. 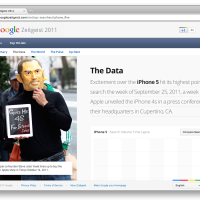 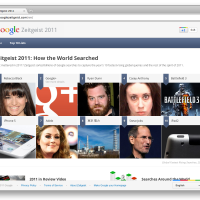 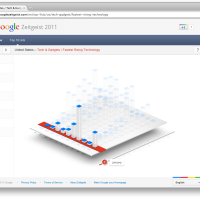 Under Tech & Gadgets for the U.S., Apple dominates taking seven spots, including the top 6. 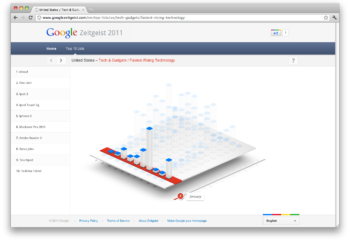 Digging into the meta-data reveals all sorts of interesting information. Take a look, and let us know interesting Apple tid-bits you discover.