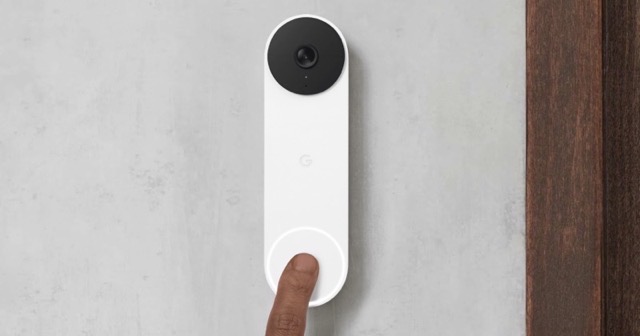 Many owners of Google’s battery-powered Nest Doorbells and Nest Cams, which launched last year, have been complaining of severely hampered battery life and slow (or non-existent) charging in colder climates.

Users are specifically frustrated with the Nest Doorbell, which can be hardwired for power but still dies out in colder temperatures once the battery is drained. To shed light on the matter, Google has published a new support page offering insight into how Nest Doorbells and Nest Cams behave in colder climates (via 9to5Google).

At temperatures between -20°C (-4°F) and 0°C (32°F), the battery can still power your device, but it won’t charge. It may also drain more quickly than usual. At temperatures close to -20°C (-4°F), your battery may have less than half the life that it has in warm weather.

Nest Doorbells and Cams will also have significantly less battery life in the cold. Google further explains that if the Nest Doorbell’s battery can’t be charged, it will power the doorbell until it drains completely, at which point you’ll have to bring it inside and warm it up for it to charge.

Google’s battery-powered Nest Cam, however, is capable of running off of wired power in temperatures that prevent its battery from being charged.

Both products will start charging again once their battery reaches a temperature of or above 0°C (32°F). The Google Home app won’t show the exact battery temperature of your Nest Doorbell or Nest Cam, but will inform you of hampered charging speeds, per Google.

Users were already pretty peeved by the Nest Doorbell’s inability to support 24/7 continuous video recording, and this issue further adds to the limitations of Google’s smart home products, especially in Canada where temperatures can dip well below freezing during most winter months.

Back in September, Google announced a 2nd-generation, wired Nest Doorbell that is expected to launch sometime in 2022 and bypass its battery-equipped predecessor’s problems entirely.