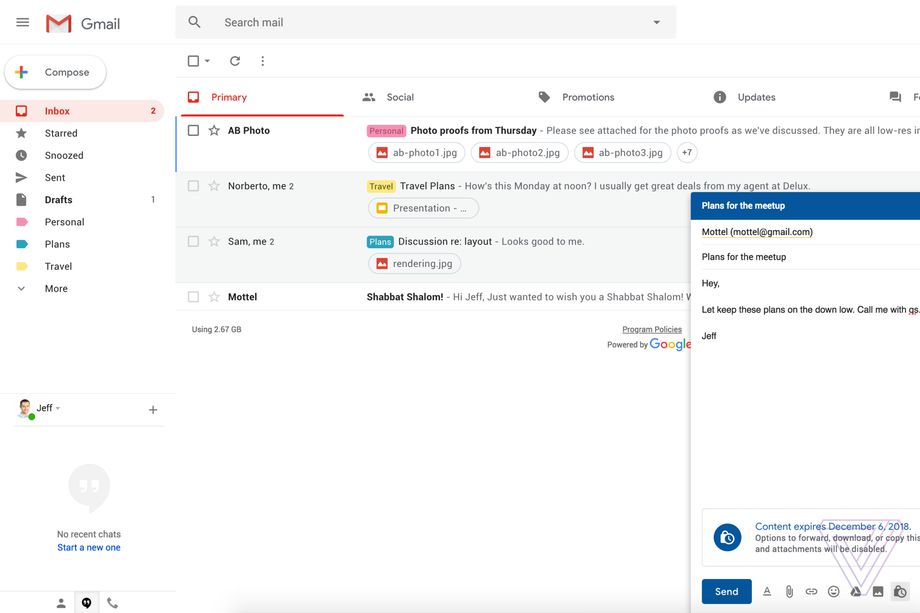 Earlier this week, we reported that Google was about to give Gmail a well-needed facelift. The redesign will reportedly feature an easier-to-access Calendar, the ability to send smart replies, support for offline mode, and much more.

According to a new report from The Verge, Google will also be introducing a new “Confidential Mode,” which lets users stop recipients from forwarding certain emails. The new mode will also allow senders to restrict the recipient from copying, downloading, or even printing the email.

The company will be going a step further and adding the ability for users to require a passcode to open an email, which will be sent by SMS. In addition, users will be able to set an expiration date on sent email. 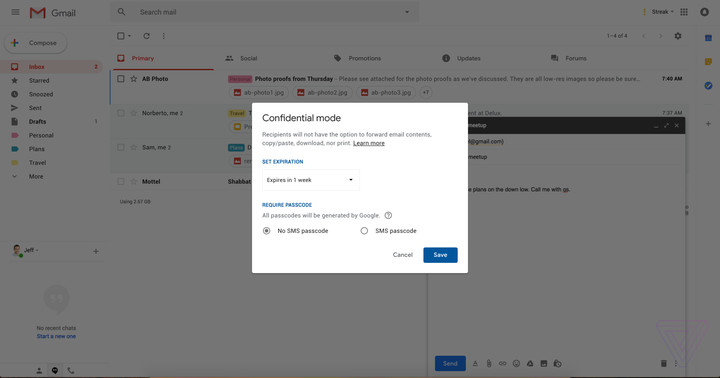 The features mirror a lot of the ones found in Microsoft’s full Outlook application, which is used by many businesses around the world.