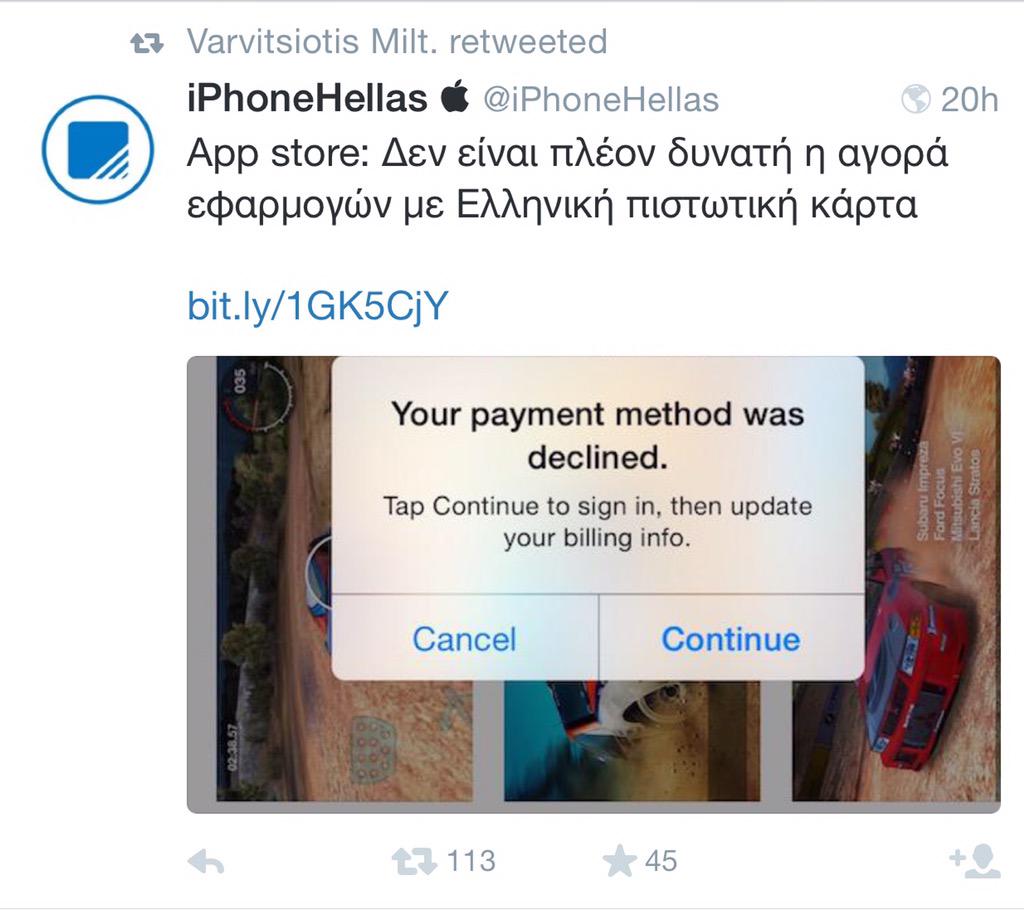 The preventative measures began to affect Apple customers in Greece on Tuesday when iCloud Drive subscribers were met with service disruptions if their plan was up for renewal. Apple customers in the region have little recourse but to let the subscription service payments lapse, at least until Greece lifts the ban.

The situation is unfortunate given the release of Apple Music on Tuesday. The ban is affecting other subscription and payment services as well, including PayPal. PayPal, which is central to a lot of online transactions, is unusable for most people. In a statement, PayPal said:

“We are carefully monitoring the situation in Greece and progress of negotiations between the Greek government and its lenders.

Due to the recent decisions of the Greek authorities on capital controls, funding of PayPal wallet from Greek bank accounts, as well as cross-border transactions funded by any cards or bank accounts are currently not available.”

This is not the biggest issue faced by the country, however it is another frustration point for citizens and yet another headache for developers and startups who are already struggling. Greeks have been taking to social media to express their concerns to the government.

If you are currently living in Greece, what do you think of the situation? let us know in the comments below.