According to a non-profit organisation Green America, around a million Chinese workers in Apple supplier factories are exposed to dangerous toxic chemicals used in the manufacturing process of parts, that go on to make iPhones and iPads, The Telegraph is reporting. As a result, the firm says that customers should ‘search their conscience’ before buying Apple products. 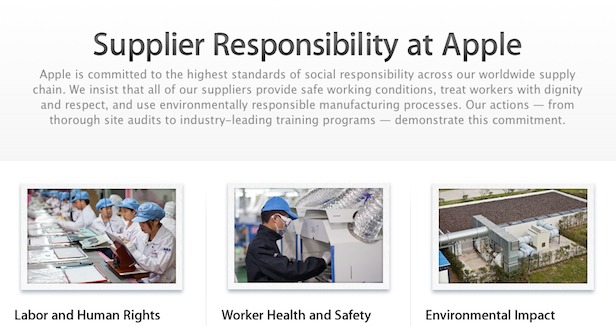 Green America claims that these toxic chemicals can lead to cancer, nerve damage and reproductive health issues, adding that workers at factories manufacturing Apple products, are not always given adequate training in their use or access to the correct protective equipment. The organisation is now calling for Apple to demand the use of alternative, safer chemicals in production across the whole supply chain.

Such chemicals include n-hexane, used to clean screens because it evaporates more quickly than other solvents, which can cause nerve damage and, in severe cases, paralysis. Another, carcinogenic benzene, is used to coat certain electronic components. None of these current practices are against Chinese law in local health and safety procedures.

Elizabeth O’Connell, campaigns director at Green America, said: “Apple is a highly popular brand, one that consumers trust and expect to act responsibly. Apple is also highly profitable so it can easily afford to do right by its workers and make the necessary changes to appeal to its socially-conscious consumers.”

An Apple spokesperson responded that in 2013 the company trained over 100 supplier staff on chemical hazards management, while also completing chemical hazards assessments and industrial hygiene monitoring at nearly 20 production facilities.