Apple advertises that its Group FaceTime video calls make it easy to chat with multiple people at the same time. The feature has the ability to support up to 32 participants in a single call with the tile of the person speaking getting larger automatically so users don’t lose track of the conversation. 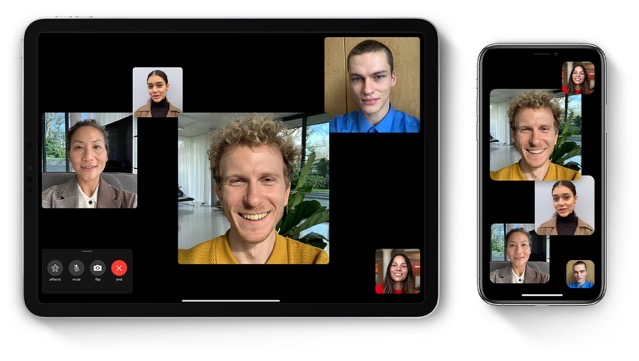 However, a Reddit user has recently shared his experience of connecting his family of 25 for Easter with the help of a Group FaceTime video call and it appears it wasn’t much fun after all. In fact, the family not only found it impossible to focus but also felt “dizzy” due to the automatically resizing windows. “Kind of ruined the experience.”

It was constant flying boxes moving all around. There were 8 separate participants with 25 people total. I didn’t expect it to be neat and orderly (my family rarely is), but I also didn’t expect it to be flying in and out and all around making it impossible to focus on one person because they would shift and move constantly. I feel like the only way that would be a useful feature is if it’s a meeting where one person is designated to speak at a time. Not a bunch of people talking at once. Kind of ruined the experience. Anyone else experience this? There’s not a way to turn that off, right?

As of now, there is no options in the settings to turn off the auto resizing that occurs when you’re on a group FaceTime call. Most of the commenters on the thread have also shared similar experiences, even when FaceTiming only 4 persons.

Let us know if you also feel dizzy or nauseous after making a group FaceTime video call.