iPhone 5’s fast growing market demand is reportedly putting tremendous production pressure on Foxconn Electronics (Hon Hai Precision Industry), according to DigiTimes. The iPhone manufacturer is reported to be facing severe shortage in the labor area as it tries to keep up with the strong demand of iPhone 5, according to market watchers. 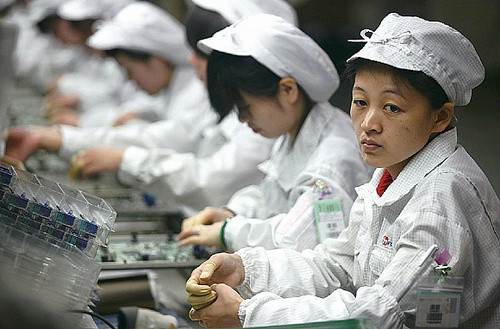 The source claims that iPhone 5 orders have grown significantly from only 8-10 million units in September to 14-16 million units in October, a growth close to 60%. Currently, Foxconn has more than 150,000 employees at its plants in Zhengzhou, China assigned to iPhone 5 production. However, the increased volume has placed strong pressure on the Taiwanese manufacturing company.

Although Foxconn has been aggressively shifting its production to inland China in hopes of resolving labor shortages, the issue continues to haunt the company’s capacity, the market watchers noted.

To assist Foxconn in resolving its labor issue, in addition to help the company recruit workers, the government of Zhengzhou is also offering employment subsidies to attract workers, the market watchers added.

Spotify is launching a new Home experience that includes feeds for both Music and Podcasts & Shows, making it easier for listeners to scroll through the type of content they’re looking for. The updated Spotify home screen will make the experience more personalized while allowing users to dig even deeper into their recommendations. In the...
Usman Qureshi
2 hours ago