John Gruber: Rumours Swirling Next iPhone Might Have “Biggest Camera Jump Ever”

John Gruber from Daring Fireball is well-known for his concise and spot on analysis of Apple, including when it comes to rumours on future products.

On episode 100 of The Talk Show (via The Tech Block), Gruber shares details on what he’s been hearing on the status of next year’s iPhone camera upgrade. He explains the following to special guest John Moltz that a “rumour of a rumour” from “a birdie who knows a birdie” on what he’s heard, noting the next-gen camera upgrade will be a major one:

“the specific thing I heard…next year’s camera might be like…the biggest camera jump ever.”

“I don’t even know what sense this makes. I’ve heard that it’s some sort of weird two lens system, where the back camera uses two lenses…and somehow it takes it up into SLR quality imagery.”

“not at a technical level SLR quality, but at a practical level for consumers taking pictures, closer to SLRs”

Gruber reiterates the camera upgrade will be a “big enough jump” that it will convince many to upgrade to larger iPhones sporting the new camera.

Sony announced today a new stacked 21 megapixel CMOS image sensor with an image plane phase detection signal for high speed auto focus, with support for 4K videos at 30fps. Many suspect this new sensor—which is set to debut in April 2015—would be a likely candidate to make its way into the next iPhone, since Sony is an existing camera supplier.

You can see the improved image from the new IMX230 sensor on the right in the below image: 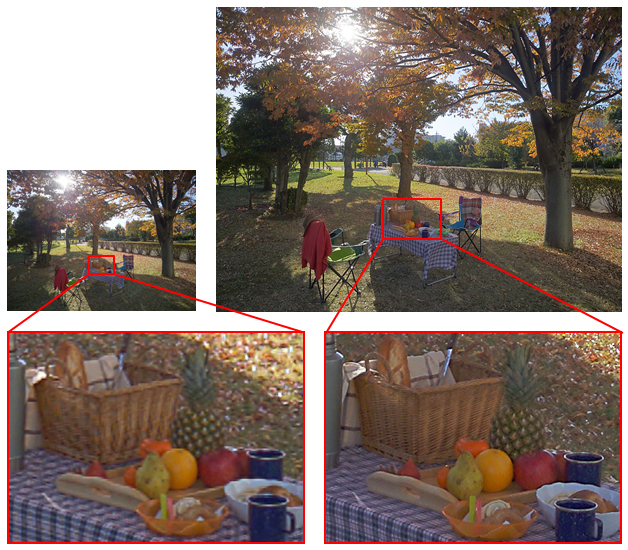 Back in January, Apple was granted two patents related to interchangeable iPhone camera lenses, which would be added onto the existing camera via a case attachment or a magnetic module, to simulate better images, like an SLR– possibly linked to what Gruber has been hearing.

Regardless, Apple’s iPhone cameras remain some of the best found on a smartphone, with the latest iPhone 6 Plus earning a positive review from photography site DP Review.

In terms of popularity, the iPhone 5S currently stands as the most popular camera and cameraphone on Flickr; we’ll most likely find the iPhone 6 and iPhone 6 Plus hitting these charts soon: 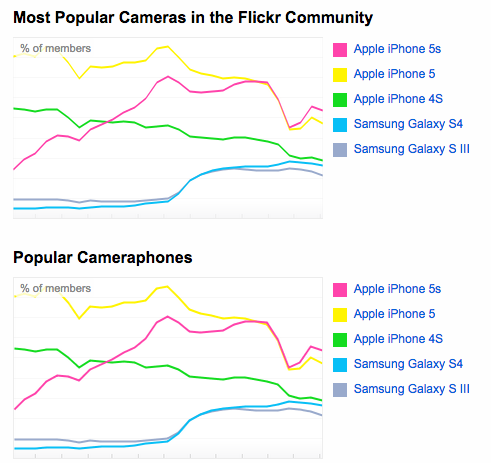 The iPhone 6 Plus camera has been pretty amazing so far, as we stated in our review of Apple’s new phablet.

How much does the iPhone’s camera play in your decision when it comes to upgrading?