A ‘GTA V’ modder has just nailed what most of us think about Samsung’s exploding ex-flagship Galaxy Note 7, by turning the phone into an in-game grenade and publishing an absolutely hilarious video on YouTube in which he goes on to demonstrate what can happen to a person who still uses a Note 7 (I almost fell off the chair laughing as I watched it). 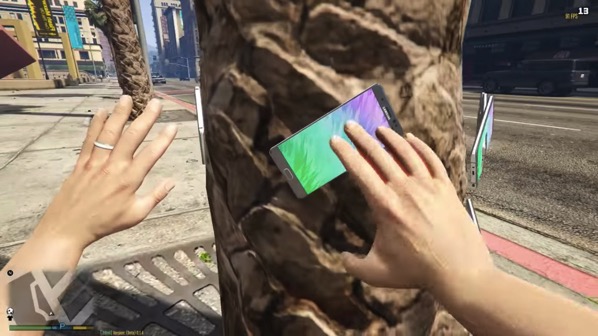 Although the video is funny as hell, the South Korean company doesn’t think so and has apparently filed a bogus copyright infringement claim on the video (via Engadget).

“If you try to watch the video now, you’ll see that Samsung has blocked it by using YouTube’s tools for reporting infringing material. Of course, this isn’t how those tools were meant to be used — they’re for reporting instances in which video or audio is posted in violation of copyright. Using the Note 7’s likeness in a video made from a video game mod doesn’t really seem like what YouTube’s tools are meant to be used for.”

Without further ado, I’m gonna leave you guys with the funniest video you’ll watch all day. Don’t forget to share your thoughts after watching: