Referred to as a “fanboi” by The Register, a guy named Yoppy has already lined up outside Apple’s flagship Japanese store to buy the unannounced ‘iPhone 6’ , a device that isn’t expected to launch for another seven months or so (via BGR). “I’m the world’s fastest queuer for the iPhone 6, and I’ve got email in English from Brazilian and UK news sites,” tweeted Yoppy. 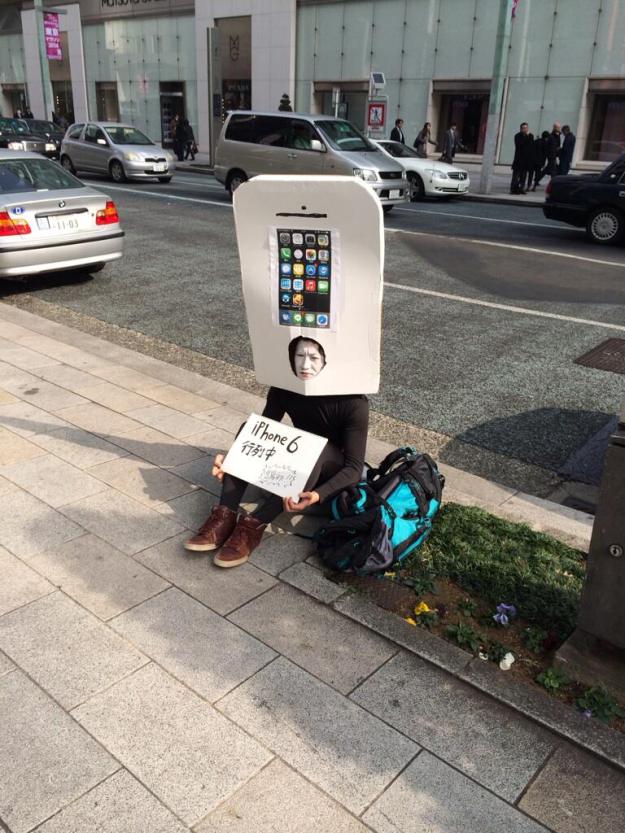 What’s even more interesting is that the guy us waiting in line to buy the iPhone 6 while dressed in an iPhone costume. It turns out the Tokyo-based Yoppy also runs a blog, where he describes his outing as a “iPhone cosplay”. Sadly though, his Twitter account (NSFW) features some bizarre pictures of him, amongst other things, tied up in rope bondage aboard a train and wearing an alarmingly tight superhero costume.

It is highly unlikely that Yoppy would actually remain on line outside the Apple Store in Japan until this coming fall, but who knows what this fanboi is really capable of.