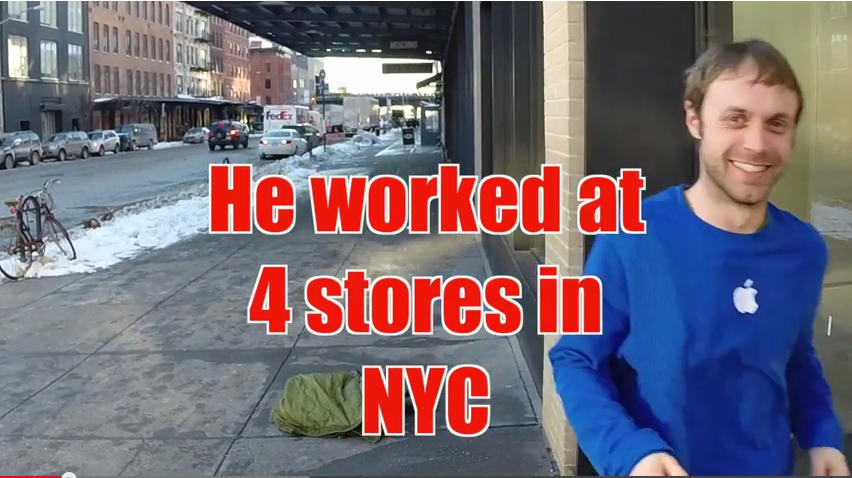 Tyler Fischer does not work at the Apple Store, but he sure does dress like he does. In the video below, watch Fischer impersonate an Apple Store employee at four different locations in New York City.

Fischer tells shoppers that Apple “created” polio, the iPad has 400 megapixels of RAM, and recommends that they purchase an Android phone because Apple’s iPhone is a rip-off. He convinces two customers looking at the iPhone 5S that tomorrow “They will release an iPhone 5Q, on Sunday they will come out with the iPhone 5CC, and the following Monday they are coming out with the iPhone 5CQR,” which he says are slightly more advanced version of the 5S.