You’ll soon be able to pay for your parking ticket with Apple Pay in Halifax, as the city has announced parker meters will soon be replaced by pay stations, which will support contactless payments, reports the Herald News. 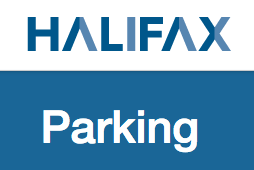 The estimated $4.5 million upgrade aims for completion in 2018, replacing 1,700 parking meters, with city staff set to plan a budget this September.

Dave McCusker, HRM parking strategy co-ordinator, said “Our technology is out of date in terms of enforcement and the management of parking,” adding “We have a major upgrade to do.”

McCusker said the city-run stations will support Apple Pay and other tap-enabled credit cards, plus allow smartphone support for customers to top up parking, similar to other cities.

Parking revenue is a business for the city, which said it generated $2.6 million in 2014. The new pay stations would also reduce collection costs and maintenance. Existing meters still take any combination of 5¢, 10¢, 25¢, $1.00 or $2.00 coins.

While the existing meter system could have remained, McCusker said new technology was required to bring forth better customer service, noting Halifax will be following the lead of other cities in setting up pay stations.

Cities like Victoria switched to pay stations years ago, which also allowed drivers to pay and top up parking with the ParkVictoria iOS app, a turn-key solution from North Carolina-based PassportParking, which also services cities like Toronto.