We’ve already seen numerous pictures of alleged ‘iPhone 7’ and ‘iPhone 7 Plus’ leaks, showcasing the tweaked design with revised antenna bands and new iSight cameras on the rear. If you haven’t already seen hands-on of dummy units, DetroitBORG has shared a good video showcasing what we might expect tomorrow. 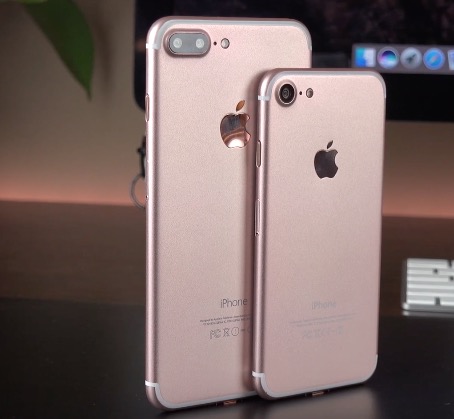 On hand are Rose Gold ‘iPhone 7’ and ‘iPhone 7 Plus’ dummy units, which are widely available and apparently serve as replicas for case manufacturers. DetroidBORG’s video shows some nice macro shots of the expected design, so take a look below all the comparisons between iPhone 6s and the next iPhone:

The ‘iPhone 7’ is expected to include Apple’s next A10 processor, include IPX7 waterproofing, plus come in five colours—along with the elimination of the 3.5mm headphone jack.

Apple’s special event kicks off tomorrow at 10AM PST/1PM EST in San Francisco, and will be live-streamed on the web, iOS and Apple TV (the Apple Events channel went live on the weekend). Stay tuned to iPhone in Canada for coverage of announcements, as always.