As part of its regular G Suite updates, Google has today announced a bunch of improvements to Hangouts Meet, an app that lets you hold video meetings on the go, virtual training classes around the world, remote interviews, and much more. 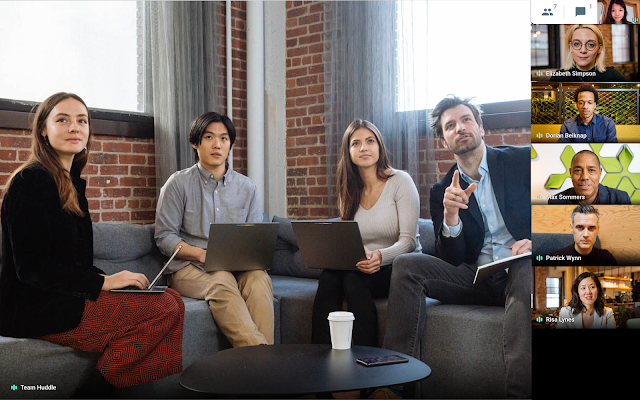 Starting today, Hangouts Meet is getting new adaptive layouts that automatically adjust to give you the best view of the people and presentations in your meeting. The layouts include Spotlight, Tiled, Side-by-Side, and Sidebar.

The spotlight layout is used when you’re in a meeting with just one other participant, when you pin someone, and when there’s a presentation but no active speakers with video on.

The tiled layout shows up to four participants on the screen to make your meetings feel more inclusive. This will be the default for smaller meetings when there is no presentation.

The side by side layout shows up to three speakers in a larger format next to the presentation. This allows you to continue to see the presenter as they speak.

The default sidebar layout for larger meetings now shows several additional participants in the same vertical space and using rectangular feeds to avoid participants on the edge being cropped out.

The new layouts will start rolling out for end users in the next few weeks. To get more information, hit up this link.