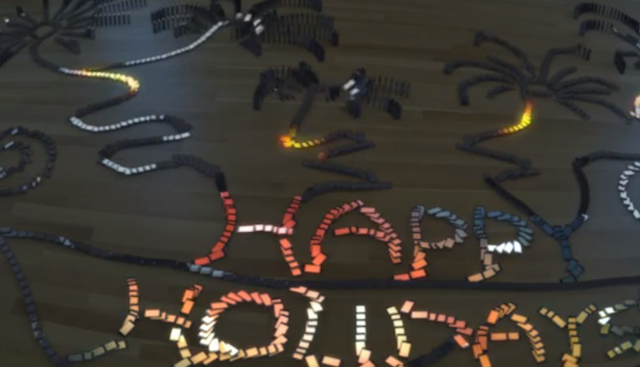 Earlier this year, the folks over at Aatma Studio released a viral concept video showing a crazy 10,000 iPhone 5 domino to show off the power of NFC, should it ever come to the iPhone. Now, the designers have released a Happy Holidays Domino, that showcases 2,000 iPhones falling neatly in a ‘Happy Holiday’ pattern.

The video once again shows off a concept iPhone 5S feature of NFC (Near Field Communication), that enables content to be passed on from one screen to another.

Check out the amazing video below: