Harry Potter: Wizards Unite Has Grossed Over $12 Million in One Month 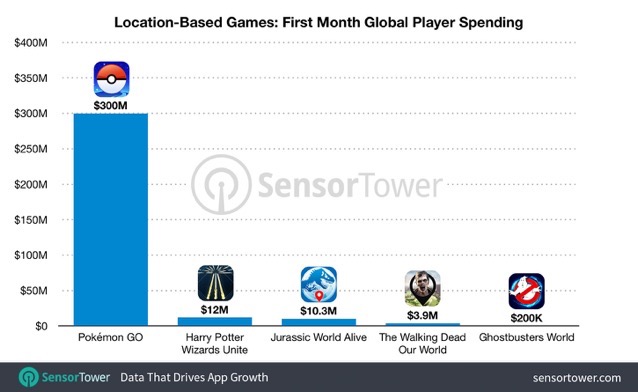 The IP-driven, location-based AR game was also second only to Pokémon GO in terms of first-month downloads. It was downloaded more than 15 million times compared to 182 million for Pokémon GO.

At number 3, Jurassic World Alive was installed 6.5 million times in its first month, followed by The Walking Dead: Our World and Ghostbusters World with 1.6 million and 1.2 million installs respectively.

“Wizards Unite outperformed similar IP-based AR titles from Ludia, Next Games, and FourThirtyThree. Jurassic World Alive from Ludia generated approximately $10.3 million globally in its first 30 days, while The Walking Dead: Our World from Next Games saw first-month spending of $3.9 million. Ghostbusters World from FourThirtyThree grossed $200,000 during its launch month.”

You can grab the game for free using the following App Store link.