Have You Been Bitten by the ‘iPhone Halo Effect’?

It’s been two years since Canadians have officially had the iPhone. Starting with the iPhone 3G, subsequently the 3GS, and the iPhone 4 this Summer, we’ve been fortunate to have iPhones sold in Canada within reasonable amounts of time (although iPhone 4 shortages have been horrendous).

My first generation iPhone was my “first” real Apple purchase, and this resulted in my further investment into other Apple products such as the MacBook Pro and iPad. The so called “iPhone halo effect” is what triggers first time Apple users to invest more into the company. I enjoy my iPhone and my MacBook Pro as much as I do the iPad. The seamless integration with all of these devices makes it very enjoyable to use.

My question for iPhone owners is have you been part of the “iPhone halo effect”? Has your iPhone purchase led you to buy your first Mac or even an iPad? Or consider the new MacBook Air and Apple TV? 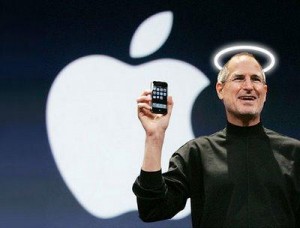 Apple’s latest fiscal quarter resulted in over $20 billion dollars in revenue and record profits. Did you play a part in Apple’s blockbuster quarter? Recently, my brother acquired his first Mac, a 27″ iMac. This was after he had purchased an iPad earlier in the Spring. I would say his satisfaction with the iPad resulted in his iMac purchase.

We read about the ‘halo effect’ all the time when it comes to Apple. Let’s see if this holds true for Canadian iPhone owners.