Have You Noticed Better Battery Life on iOS 5.0.1? [POLL] 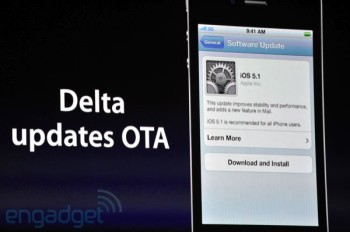 Yesterday Apple released iOS 5.0.1, its first ‘delta update’ which meant only necessary files were downloaded, instead of the entire iOS. Also, this update debuted over the air updates, which so far in my experience have worked exactly as described.

iOS 5.0.1 was released to address iOS 5.0 battery life issues for iPhone users, in particular those with the iPhone 4S. Have you noticed a positive increase in battery life on iOS 5.0.1? Vote below!

Remember, if you care about a jailbreak do not update to iOS 5.0.1.