Marking the largest year-over-year increase ever for Q2, the global downloads of Health and Fitness category apps are already up a record 47% in 2020 amid the global COVID-19 pandemic, surpassing 656 million with a month still remaining in the quarter, Sensor Tower is reporting. 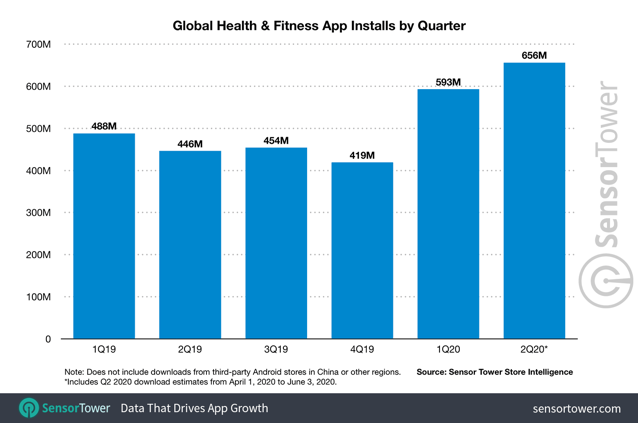 According to Sensor Tower Store Intelligence estimates, the revenue growth Y/Y for the current quarter stands at close to 13%, with the Health and Fitness category generating $328.5 million so far.

In the past, January has consistently been the top month for Health and Fitness app downloads in any given year, but 2020 has changed this trend. Following a typical month-over-month decline in installs during February, March and April went on to represent record months.

The surge in downloads and revenue for Health and Fitness apps in 2020 is yet another example of consumers increasingly turning to their mobile devices to keep up with their daily routines.