Health Canada has announced a major recall of over 1.5 million USB chargers, which pose fire and shock dangers to Canadians.

According to the federal institution, “As part of a planned national sampling and compliance project, Health Canada tested a number of uncertified USB chargers. The following products were found to pose an unacceptable risk of electric shock and fire and are being recalled.”

Here are some images of these USB chargers in question, which are cheap uncertified chargers you find at gas stations or dollar stores: 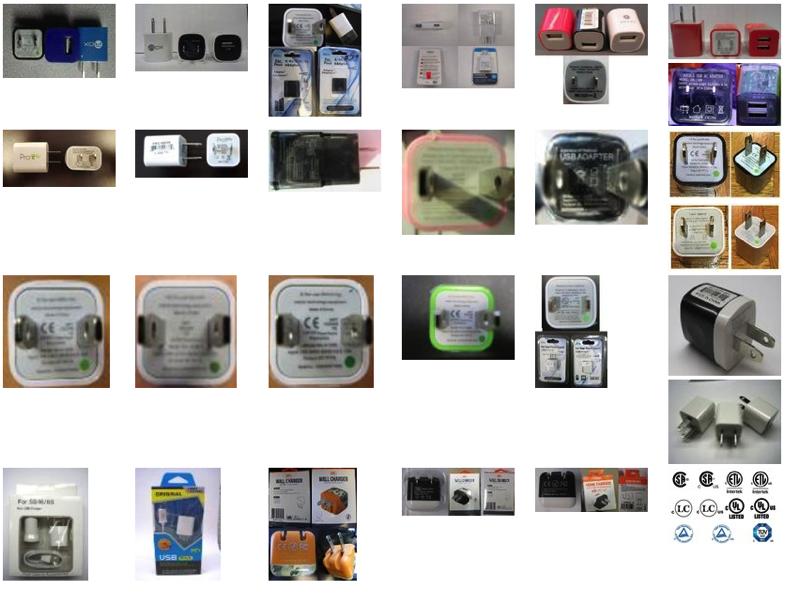 The highest number of units affected is the ROX USB Wall Charger, with UPC number 200100100819. Health Canada obtained their sample from Bargain Basket in Dartmouth, Nova Scotia. The number of affected units is at 349,501, imported by Anex Select Imports from Richmond, BC.

If you or someone you know possesses any of these chargers, Health Canada says you should “Immediately stop using the products above and either return them to the retailer where you bought them or dispose of them.”

Some of the images supplied by Health Canada show uncertified third party USB chargers which resemble Apple’s iPhone charger, down to the ‘green dot’ the company started adding to the units back in 2008, after doing a recall of their own (some metal prongs were prone to breaking off).

Whenever we read about an iPhone or any other smartphone catching on fire, the first thing that comes to mind is whether users had an official USB power adapter, or some shady knockoff made in China (or if it was a Samsung Galaxy Note7)