Health Canada, the U.S. Consumer Product Safety Commission, and Best Buy have issued a recall on Rocketfish iPhone battery packs as they pose a fire hazard. Sold at both Best Buy and Future Shop from April 2010 to September 2011, there have been instances of the cases overheating during charging in the U.S., but not in Canada.

Approximately 1000 cases have been sold in Canada (31,000 in the U.S.), and prior customers are encouraged to contact Best Buy or Future Shop for a $105 refund via gift card. Manufactured in China, the battery pack shows it has been discontinued on the Rocketfish website. 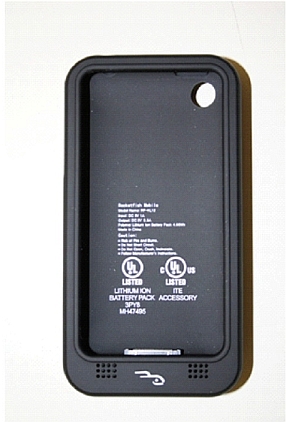 The last time we read about iPhones catching on fire was when one self-combusted within a landed airplane. If you purchased one of these battery packs, go get reimbursed from Best Buy.