Apple has highlighted a number of new health- and fitness- related apps that have added Siri Shortcuts integrations, allowing users to start and maintain health routines easier than ever before. 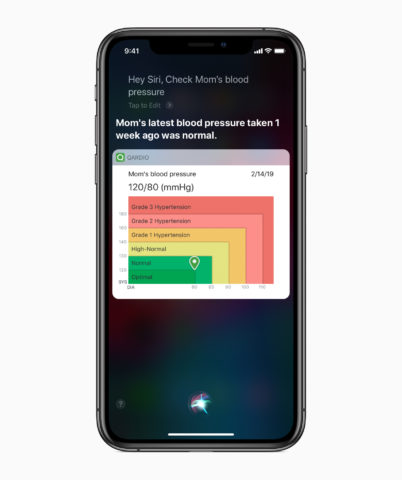 For those of us who like to hit the slopes, the Snoww app just added a feature that allows users to start a run by saying “Hey Siri, let’s ski!” as well as get current information about speed, elevation drops, and distance traveled by simply asking Siri how your run was.

For the ballers out there, the HomeCourt app just added a Shortcut in which users can start a dribble workout. And for the runners, Nike’s Run Club app allows users to now ask Siri for “proactive suggestions” based on their running habits.

QardioArm is a smart blood pressure monitor the can be accessed remotely, allowing users to check in on family members who also use the device. “For example, people who care for an aging parent can ask, ‘Hey Siri, what’s mom’s blood pressure?’ and get that information wherever they are, right on their iPhone or Apple Watch,” explains Apple.

Apple also highlights habits as an important part of staying healthy, suggesting apps like Streaks, WaterMinder, and Yazio for logging physical activities with Siri. For users that want to keep track of their sleeping habits, Apple highlights the AutoSleep app, which can provide data about sleeping habits, length and quality of sleep, and updates upon reaching a certain sleeping goal.

Apple added Siri Shortcuts to iOS in September as part of the iOS 12 rollout, and while it’s still a relatively new feature, its usage is growing.