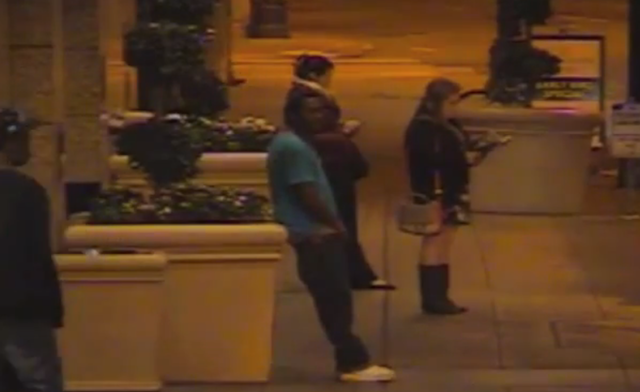 Seattle Police is seeking help in arresting this team of thieves, who grabbed an iPhone on March 18 at Sixth Avenue and Pine Street and was caught in the act by surveillance cameras (via SeattlePi).

According to the Police, the lookouts were a young man wearing a black sweatshirt and baseball cap and a man who is holding up his pants and wearing a blue T-shirt. A third young man then sprints by the victim outside Nordstrom and steals her iPhone.