To mark the 20th birthday of iMac G3, the iconic computer that saved Apple, the Henry Ford Museum of American Innovation in Dearborn, Michigan is showing off all 13 “flavours” of the machine as part of a pop-up exhibition of transparent objects titled “Looking Through Things” (via CultofMac). 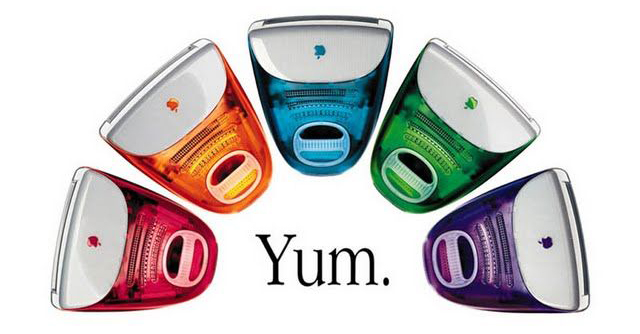 Although the iMac G3 wasn’t the first piece of design to use transparent elements as an aesthetic choice, it did, however, change the way computers looked at a time when most of them were still beige boxes. In Steve Jobs’ words, the candy-coloured iMac G3 looked “lickable”.

“The iMac G3 marked a significant moment in the personal computer revolution, convergence technology, and in the history of Apple as a company,” said Kristen Gallerneaux, Curator of Communication & Information Technology at The Henry Ford.

“The G3 had a huge impact as a home computer streamlined to act as a “plug and play” access point to the internet. During the late-1990s and early-2000s, we saw an explosion in online culture including web-based shopping, the beginnings of social media, and overall, ravenous information consumption. The iMac G3 was an aesthetically pleasing portal to access this new world.”

If you happen to visit the Henry Ford Museum by any chance, don’t forget to check out one of the few existing Apple-1 computers which was purchased by the museum in 2014 for a whopping $905,000.