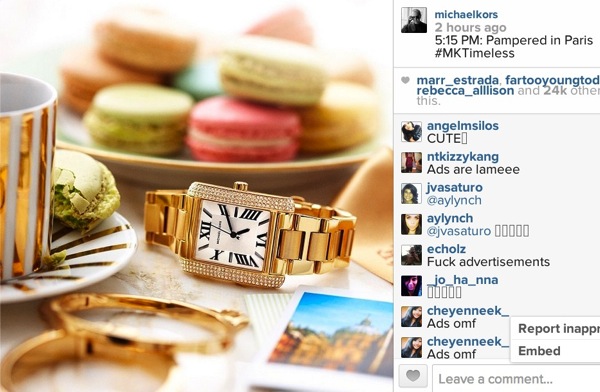 Instagram a week ago announced what users could expect from their upcoming integrated ads for US users, and now the first ‘Sponsored’ ad has gone live on the service, coming from fashion designer Michael Kors.

You can see the first ad embedded below:

What do you think about ads in Instagram? Personally, if the ads look good and are tasteful/clever, I don’t think it’s going to be a problem. It’s the trade off for using a free service—users become the target market.