Samsung is set to publish a new advertisement that puts the Galaxy S III vs the iPhone 5, reports Business Insider: 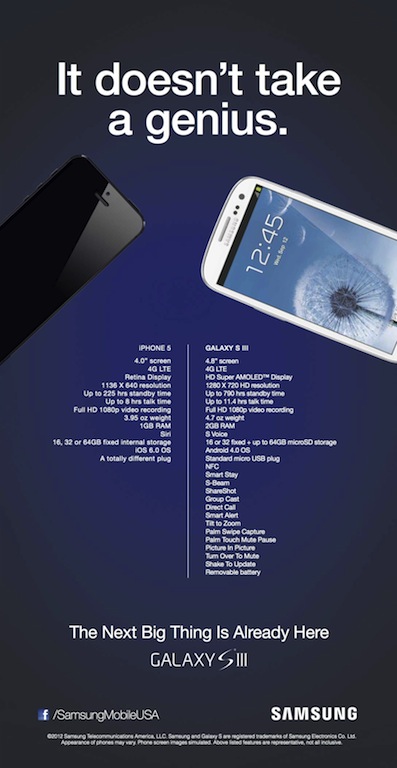 The ad also sports the tagline “It doesn’t take a genius” which is a shot at Apple Store retail employees. Samsung’s play is to win the ‘spec war’ against Apple with consumers. They conveniently omitted AirPlay, Twitter and Facebook integration, and the Retina display’s 326 ppi. Also missing is the iPhone 5’s thinness advantage at 7.6mm vs 8.6mm for the S III, plus the app advantage of iOS.

If you’re going to do a direct comparison, list everything equally for people to make an informed decision. What do you think of this Samsung ad? Is it a fair representation of both smartphones?