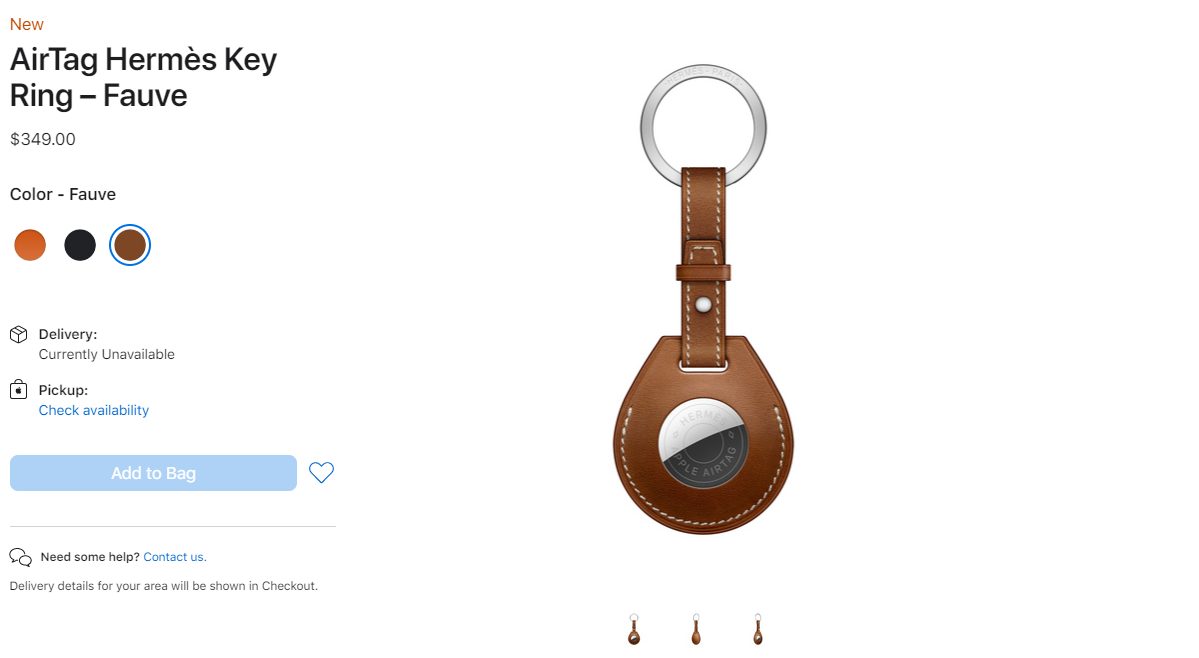 Apple nor Hermès have indicated why the products are unavailable. One could wonder if a sudden hit on inventory has impacted the availability. The 9to5Mac report speculates that the products may have been pulled due to quality concerns. According to a reader from the outlet, they purchased a Hermès Key Ring and it fell apart in their pocket.

The individual contacted AppleCare and was directed to take it into an Apple Store for a replacement or a refund. Upon arriving, they were told that Apple did not have any available stock. The only options left were to accept a refund or go to Hermès directly.

Of course, one defective product does not mean that Apple and Hermès pulled the products from digital shelves. However, a possible known quality issue may play a part. We’ll have to see whether or not the AirTag Hermès Key Ring products return in a short time.

Tesla CEO Elon Musk looks to be giving up on terminating his $44 billion USD bid for social media giant Twitter, now proposing to go through with the acquisition on the original terms — reports Bloomberg. According to Bloomberg's sources, Musk proposed closing the deal for the original offer price of $54.20 USD per share...
Nehal Malik
36 mins ago

Google on Tuesday announced new product updates, and its latest includes the debut of the Nest Wifi Pro with Wi-Fi 6E support, the first router from the company that is triband mesh network ready. Wi-Fi 6E (E for Extended) leverages the new less-crowded 6 GHz radio band and offers speeds up to two-times faster than […]
Gary Ng
53 mins ago