You Can Hide iCloud Keychain Security Recommendations in iOS 15.4 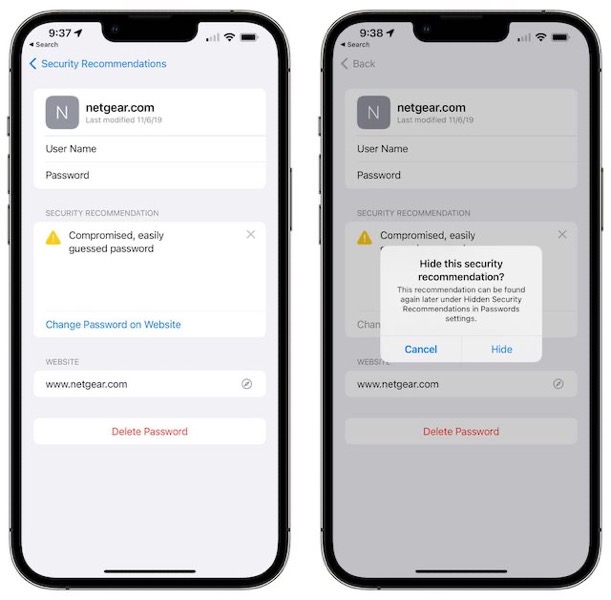 Security alerts that have been hidden will no longer show up under the main “Security Recommendations” label.

“You can still view them if necessary by opening up the Passwords interface and scrolling down to the bottom where there’s a new “Hidden Security Recommendations” option.

In this section, you will find any password alerts that have been hidden from your view.”

The new feature can come in handy for passwords that you cannot change for some reason, such as when the password belongs to someone else.

The latest iOS 15.4 beta also lets you add a note to any ‌iCloud‌ Keychain password to provide yourself with more context on a password.

Twitter's account verification subscription will cost $7 USD per month on the web but $11 per month on iPhone when it eventually relaunches, according to a report from The Information (via MacRumors). Elon Musk, who completed his long-embattled acquisition of Twitter back in October, reworked Twitter Blue to include account verification and a coveted blue...
Nehal Malik
38 mins ago