How to Hide Photos in iOS 8 Photos App

As pointed out by the folks over at iDownloadBlog, it is now possible to hide photos from the native Photos app in iPhone, iPod touch and iPad devices, starting with iOS 8. Previously, it was not possible to do so, and those who wanted to hide their photos, would either use third party apps to store private photos or some jailbreak tweaks as a workaround. But now, iOS 8 has this simple feature built right in the Photos app. 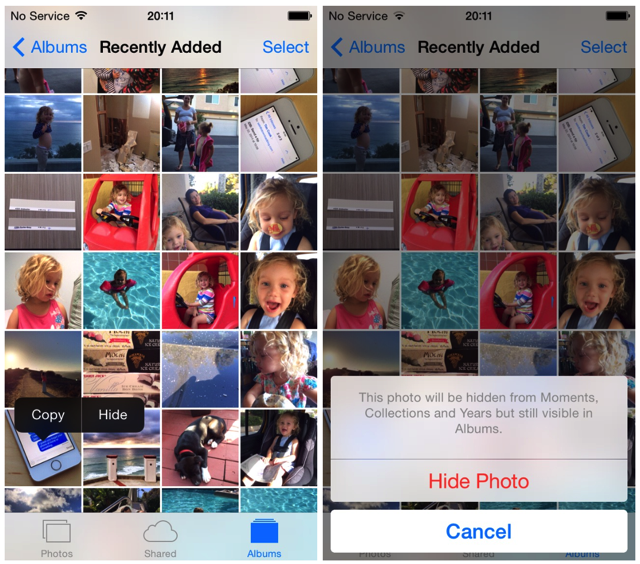 If you’ve already got your hands on iOS 8 (beta), here’s how you can hide any photo inside the Photos app:

Scroll to the photo you want to hide.

Now tap and hold on that photo until a pop-up shows up.

Select ‘Hide Photo’ and your photo will be hidden immediately from Moments, Collections and Years.

*Note that if a hidden photo appears in one of your Albums, this method won’t remove it from the album view. Also, it is not yet clear how to bring back a hidden photo.

That’s it. Now you know how to hide any photo from the native Photos app in iOS 8.