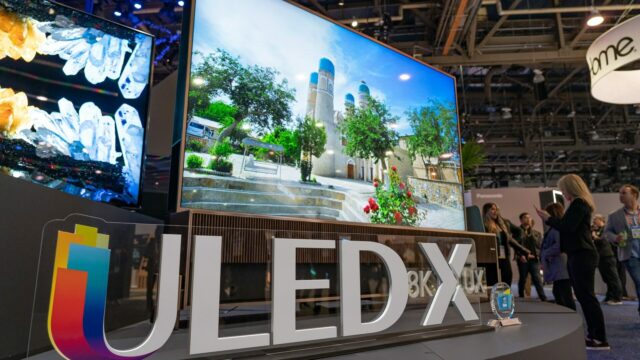 At CES 2023, Hisense showcased its new product lineup of the year, including its ULED X TVs, new Laser TVs, and smart home innovations. Hisense’s products have seen the company be recognized as a CES Innovation Award Honoree.

The honouree award was bestowed to Hisense for its 110 ULED X TV. This colossal display features a 110-inch screen, featuring 8K resolution. The Hisense 110 ULED X is designed with a mini LED backlight and a peak brightness of up to 2500 nits. Hisense states this enables the display to render “unmatched HDR image quality performance.”

The new ULED model also offers a proprietary 8K chipset, providing active intelligent backlight control. This enables the viewing experience to be tailored to the ambiance and lighting within the room. The 110 ULED X is also designed to offer cinema-like audio quality with a left and right dual theatre audio design. Plus, 3.1.2 channels of surrounding sound. 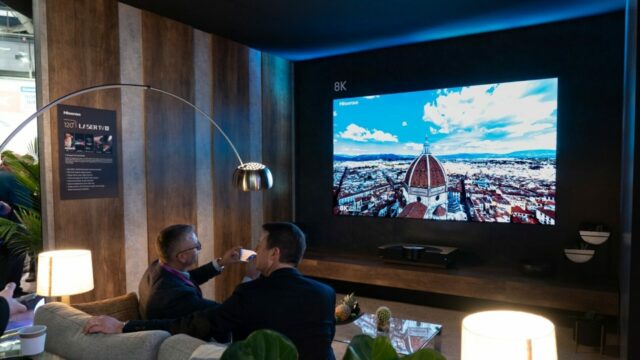 Finally, Hisense is showing off some of its smart home products. As the company continues to broaden its way into the market, Hisense’s ConnectLife app for iOS and Android is prominently being showcased at this year’s CES.

For those unaware, the app works as a central hub for smart home appliances from the company. Hisense is creating a connected ecosystem that users can control, monitor, and tweak based on their needs and schedule. The Hisense VIDAA smart TV operating platform is also integrated into ConnectLife, furthering that management system.

The company also features its Hisense Future of Cooking Technology at its CES 2023 exhibit. Here, the Hisense Smart Combi Steam Oven is shown and as Hisense highlights, offers users the benefits of zone cooking, scan to cook, automatic steam releasing, and much more.

CES 2023 continues with more announcements made each day. Keep an eye out for further reports throughout the weekend.