How to Unlock the Hitman: Sniper ‘Moonwalk’ Easter Egg [VIDEO]

Square Enix Montreal has revealed how to unlock an easter egg within their popular iOS game, Hitman: Sniper (on sale for 60% off at $2.29). Once unlocked, characters in the game will start walking backwards, which makes them look like they’re doing Michael Jackson’s famous ‘Moonwalk’. 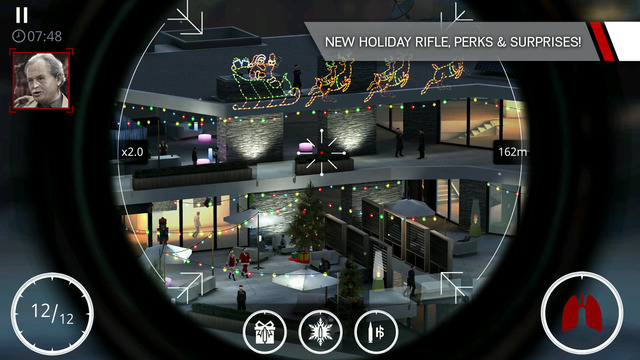 Here’s how to do it, as explained by Square Enix Montreal:

We’re revealing today the secret of an easter egg that was never discovered (to our knowledge) by our players. To unlock it, find the blinking red lights in the background. Shoot each of them exactly five times and characters will start walking… backwards! Try this and share your video with us on Everyplay!

Check out the video below—it seems this easter egg hasn’t been cracked yet (to the developer’s knowledge), according to Square Enix Montreal, which is why they are sharing it today:

Click here to download Hitman: Sniper in the App Store—it’s currently on sale for 60% off at $2.29 for the holidays.