Always Hold the iPhone in Your Right Hand While Making Calls, Here’s Why

According to a new study carried out by Professor Gert Pederson from Denmark’s Aalborg University on behalf of several telecomms authorities across Denmark, Sweden, Norway and Finland, you may be ruining your call quality by holding the iPhone in your left hand, as doing so impairs the antenna signal, The Telegraph is reporting. The study tested 26 popular mobile phone models on the market and ranked them in order of antenna quality. 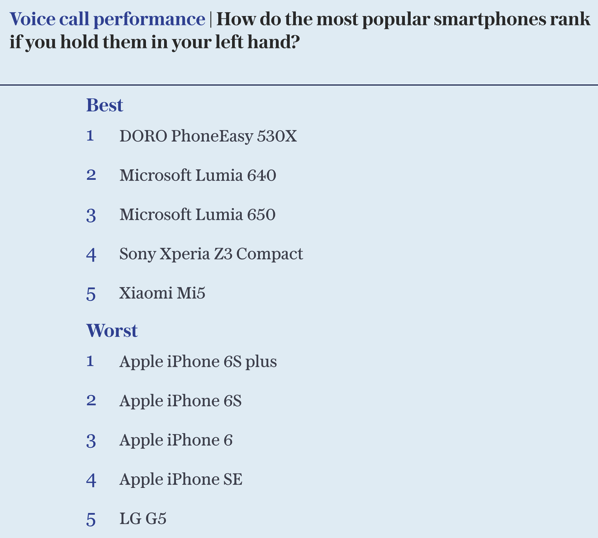 The iPhone 6s and 6s Plus rated the worst performers, and were found to have the lowest voice quality when held with the left hand while making calls. The iPhone 6 and iPhone SE were also positioned towards the bottom of the list. Interestingly though, all the iPhone models appeared to perform slightly better when held in the right hand during calls.

“Apple has had problems and they continue to have them,” Mr Pedersen told Danish news agency Ritzau. “It also seems that the problems are greater in their newer phones, which is incredible.”

Have you ever noticed this phenomenon with your iPhone?