Hollywood Delays a Number of Releases, Including ‘No Time To Die,’ As Pandemic Continues

We’ll have to wait a bit longer for Daniel Craig’s last appearance as James Bond. 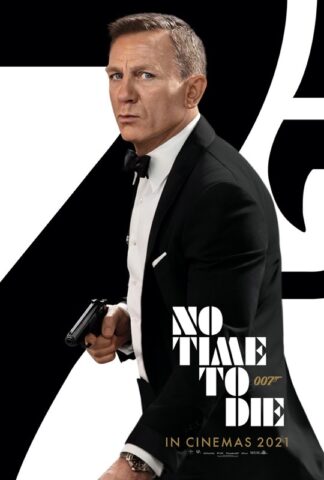 According to CNBC, James Bond’s latest adventure has hit another speed bump. “No Time to Die,” the upcoming installment in the British spy series, has been postponed yet again.

The movie will now release in theaters on October 8. It was originally scheduled to open on April 2. Hollywood faces more delays before moviegoing resumes in earnest, and “No Time to Die” is likely to spark another wave of delays of high-profile moves among spring and early summer movies.

“Given the uncertainty of the marketplace, a change of date is certainly better than a change of venue so to speak from big screen to small screen,” said Paul Dergarabedian, senior media analyst at Comscore.

“No Time to Die” was the first major film to fall victim to the pandemic, when its April 2020 release was pushed to November as the virus swept around the world. In October last year it was delayed to April when it became clear Covid-19 was still rampant and cinemas would not be widely reopening.

Moments after MGM relocated Bond, Universal announced that the studio’s Bob Odenkirk-led action thriller “Nobody” was moving from February 26 to April 2 and Sony redated “Peter Rabbit 2,” “Ghostbusters: Afterlife,” and “Cinderella.”