Hollywood Suite Go is a service that allows subscribers to access their favourite high definition movies from their iPhone, iPad, or Android device. The app has been optimized for iOS and Android, with an easy-to-navigate interface that allows you to quickly find the content you want to watch. 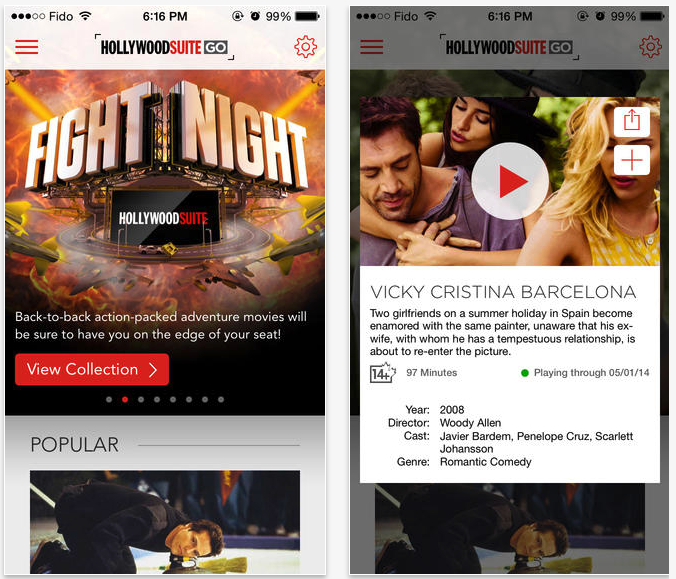 The app includes a customizable watchlist, which allows you to save any movies you want to watch next. Users can also receive optional push notifications about new content. Hollywood Suite President David Kines said:

“We’re thrilled Rogers has picked up HSGO for their subscribers. People want convenience and to be able to watch what they want to watch, when they want to watch it. Our user-friendly app allows movie lovers to do just that with their favourite titles.”

Hollywood Suite Go is available as a free download from the App Store. The app requires any device running iOS 6 or later and has been optimized for the iPhone 5.