See How Amazing a Holographic iPhone Display Looks Like [VIDEO]

In the light of an Apple patent for holographic touchscreen display filed last month, an amazing rendering of it for the iPhone has been published on the web in the shape of a fantastic little concept video by Mike Ko, who is known for creating animations for companies like Google, Nike, Toyota, and NASCAR (via FastCompany). 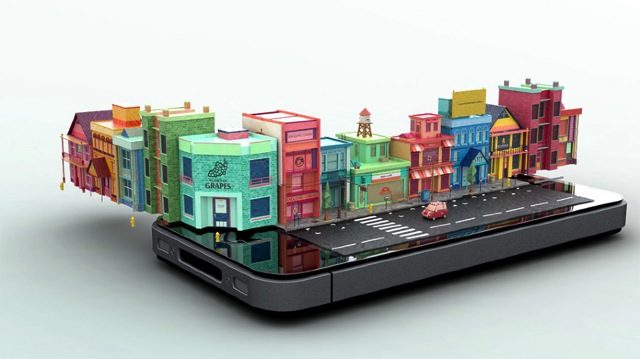 According to Apple’s patent filing, a 3D display would project a sort of hologram image above a light source using a UFO-shaped combination of two parabolic mirrors. That projected image could then be manipulated and interacted with by a user, with touch-based input detected via lasers built into the display device. Mike’s short video clip, titled Diorama, simulates what it might look like if images left the iPhone screen and floated in the air.

“Just imagine reaching in and moving those tiny cars around by hand–maybe even changing their tiny tires and honking their tiny horns, and unintentionally causing a tiny accident that makes you feel a tiny bit guilty for ruining the tiny lives of a tiny family”

Well, the future sure looks amazing doesn’t it? Take a look: