Home Depot has announced it has partnered with software company Wink, to sell over 70 smart home devices that can all be controlled via the latter’s free iOS app. Wink has been developing connected home appliances for the likes of General Electric, Philips, Honeywell and more.

Ron Cleary, Home Depot’s merchant for electrical, told the The Star “We were looking for a partner that enabled you to have one connection for all the products,” which resulted in the Wink partnership. Home Depot now has 70 various products available in Canada from  10 different vendors, which can all be controlled by the Wink iOS (or Android) app. 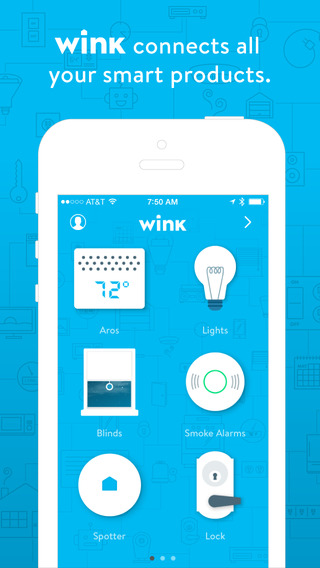 Matt McGovren, Wink’s marketing director, said Home Depot will exclusively sell the Wink hub, a requirement for some devices to be setup. Other Wink-powered products will be available at other retailers, but the hub will stay at Home Depot as a result of the partnership.

The next battleground for wallets of consumers looks to be in the home. Apple previously announced its HomeKit SDK at WWDC 2014, a framework for connected home devices, which will allow them to be controlled by Siri. Earlier this year, Google acquired Nest Labs for $3.2 billion, and later on snapped up Dropcam for $555 million in June.