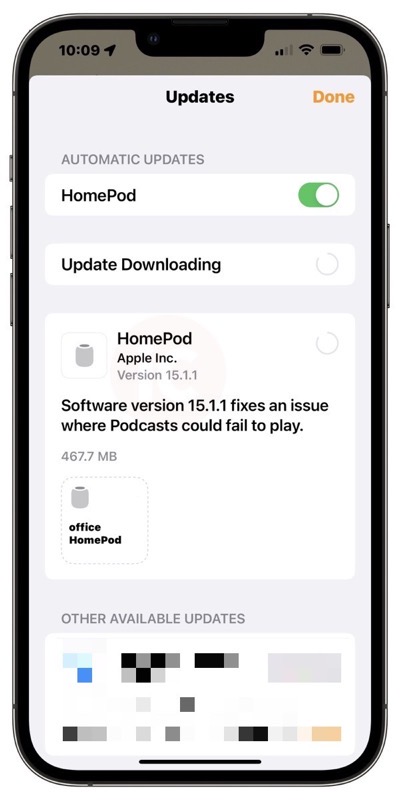 Apple has released a new software update for its HomePod speaker on Wednesday, as 15.1.1 is now available for download.

According to Apple, HomePod software version 15.1.1 “fixes an issue where Podcasts could fail to play”. This update comes in as 467.7 MB in size.

You can update your HomePod by going to the Home app on iPhone, then Home Settings > Software Update (still one of the most confusing ways to update an Apple device).