Back in late November, Apple delayed their HomePod speaker launch to say it would launch in “early 2018” for customers in the U.S., UK and Australia.

Now, it appears the launch is imminent, or will be happening soon, as FCC approval has been granted (via 9to5Mac).

According to the FCC ID Filing, which the HomePod is known as “A1639”, the FCC label location will be hidden from a user’s point of view, on the bottom of the device. 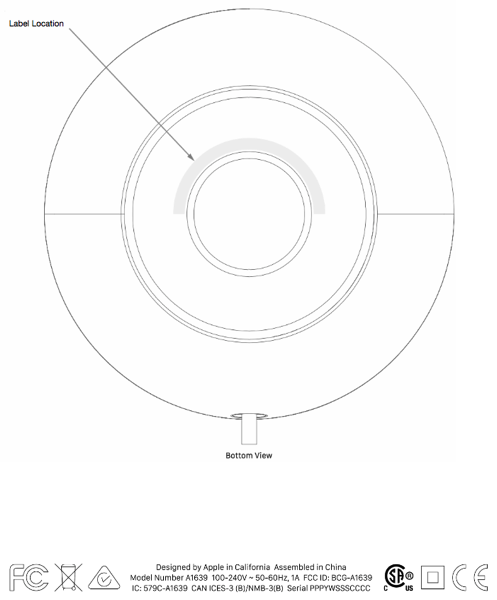 With today’s release of iOS 11.2.5 beta 7 for developers, it also contains HomePod license and regulatory info.

There’s no word whether Canada will be included as part of HomePod’s launch, but for now let’s assume it won’t be coming here until later on in 2018.

HomePod is priced at $349 USD from Apple, and at today’s exchange rate that works out to about $437 CAD, but expect Canadian pricer to be a bit higher. After provincial taxes, HomePod pricing in Canada could be close to or above $500 CAD, for a single speaker.