HomePod mini to Get New U1 Features in Upcoming Software Update

According to a report by MacRumors, an upcoming HomePod 14.4 beta software update will introduce new features to HomePod mini that will take advantage of the U1 ultra wideband chip in the Apple smart speaker. 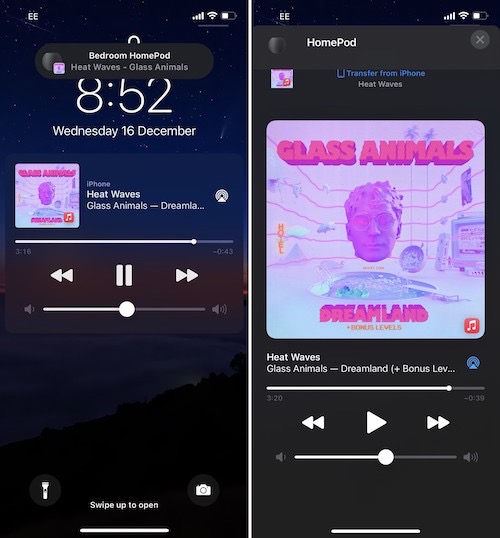 While Apple has just rolled out its latest iOS 14.4 beta to all developers, an accompanying ‌HomePod‌ beta software has only been made available to a limited number of Apple-selected testers. One such tester has also uploaded a bunch of screenshots for the update on Reddit.

“Starts the process when you’re like… 12” away from the ‌HomePod‌? When it works correctly. First beta is pretty buggy and may not be the best one to explain

Basically when your phone gets 12” away from the ‌HomePod‌ the banner shows and any minuscule phone movements result in haptic feedback which gets stronger as you move towards the ‌HomePod‌. If you move away it gets weaker, get too far away and it stops and the banner goes away.”

The new functionality will make handoff much faster and more reliable between the U1-equipped ‌HomePod mini‌ and an iPhone 11 or iPhone 12.