Homescreen.me: A New Webapp To Share Your iOS Home Screen With Others

A new webapp named Homescreen.me allows users to share their iOS home screen with others and browse through profiles for layout ideas (via Lifehacker). Many people believe that the way you lay out and organize your apps on the home screen tells exactly how you use your iPhone or iPad. With Homescreen.me, you can not only share your own home screen but also browse through other people’s screens and see how they do like to organize things. 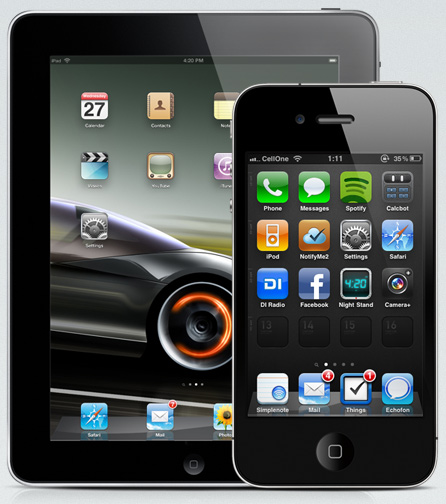 As the source describes it:

While sharing your own home screen is certainly a part of Homescreen.me, it’s also about finding other people’s screens and backgrounds. Much like our featured home screens, you can browse through other people’s screens and see how they do things. This is more important for jailbroken devices with customized Winterboard themes, but most of the good profiles will at least link to the background image so you can snag it for yourself. If you’ve ever wanted to show off exactly what apps you use and how you use them, Homescreen.me is the place to do it.

So, those who’re feeling kinda bored with their current iOS home screens should head straight to Homescreen.me for some great inspiration.