Honda Canada to Unveil HondaLink iPhone Connectivity System on 2013 Accord

For Honda Accord fanatics looking forward to the debut of the 2013 model, there’s one more added bonus for iPhone owners. Honda Canada recently annouced HondaLink, a new in-vehicle connectivity system that will debut in the latest 2013 model of the Honda Accord in Canada.

“HondaLink will enable customers to put away their phone and still stay connected to the people, music and media they love,” said Dave Jamieson, assistant vice president of Honda Canada. “By creating an intuitive and customizable user interface, HondaLink allows drivers to access digital content as easily as choosing a radio station.” 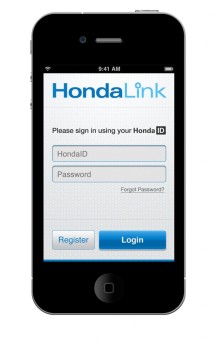 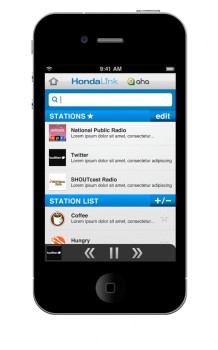 The Aha service will also allow addicted Facebook and Twitter users to listen to audio newsfeeds, along with podcasts from NPR, Yelp! restaurant listings and internet music from Slacker radio. Check out the video below for a demo of the new system:

Honda was one of the car manufacturers Apple listed at WWDC 2012 to be part of their new ‘Eyes Free’ car integration with Siri.