Meta CEO Mark Zuckerberg has today announced the launch of ‘Horizon Home,’ the company’s early vision for a home space in the metaverse, which will be rolling out with the v41 Quest update. 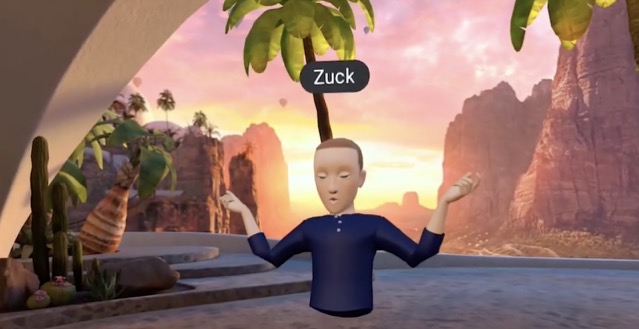 Horizon Home makes it easier to invite your friends to join you as avatars to hang out, watch videos, and jump into apps together.

Meta’s Horizon Home lets can pick an environment that matches your style and invite your friends to join you where you can catch up, co-watch content in VR, and also join other experiences. Zuckerberg tested out Horizon Home by co-watching The Soloist VR with Alex Honnold, the legendary free solo climber who stars in the film.

“Met up with legendary climber @alexhonnold in the new Horizon Home — launching with Quest v41 update to bring social presence into your virtual home as soon as you put on your headset. Invite friends to hang out, watch videos together, or jump into apps right from your virtual home. More options to customize your home space currently in development. Also, check out Alex’s 360 film The Soloist VR which takes you 1000 ft up free climbing the Dolomites!”

You can watch Zuckerberg and Honnold’s conversation at this link.