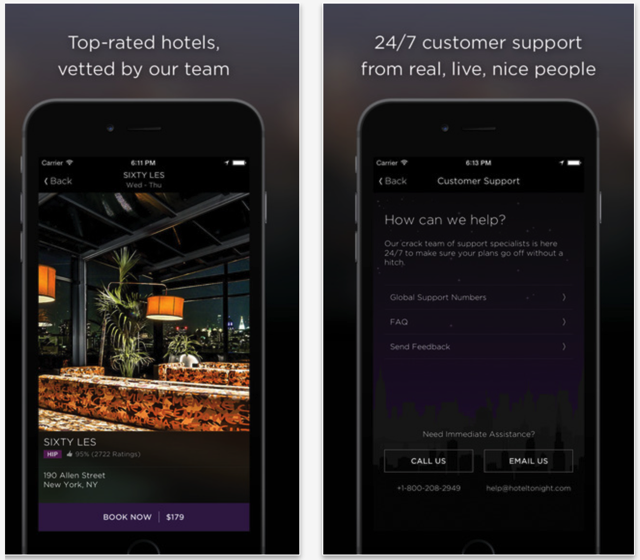 The popular mobile-only, last-minute hotel booking platform for iOS and Android ‘HotelTonight’ has today announced that it is expanding its Aces mobile concierge service to Canada, Australia, New Zealand and the UK. According to ITCM, the Aces service, which has previously been limited to the US only, will now be available in London, Sydney, Melbourne, Adelaide, Brisbane, Perth, Auckland, Toronto, Montreal and Vancouver. Best of all, the HotelTonight iOS app supports Apple Pay in Canada as well.

Today’s expansion is a direct result of the positive feedback from bookers using the service in the US. Tomas Mendoza, UK Country Manager of HotelTonight said: “We’ve seen hugely positive reactions to Aces in the US and it’s great to be bringing the same fantastic service to our users here in the UK. Aces represents a big change in the way that we now support guests for the whole duration of their stay – not just when they book. Whilst the way that consumers are booking hotel rooms continues to digitise, there is still a market for the human touch, Aces provides a personalised concierge at our guest’s fingertips – both at the hotel and ahead of check-in.”

For those who aren’t familiar with Aces, the service connects bookers with a real-life human concierge within the app, via a messenger style interface. It can provide users with local, in-the-know tips including; restaurant recommendations and attraction bookings along with arranging special requests whilst at the hotel.

To download the free app, hit up the following App Store link: