According to the latest data from Google Canada, COVID-19 has made many Canadians re-evaluate their idea of the home, with @GoogleTrends revealing that housing and mortgage-related searches reached record highs over the last year. 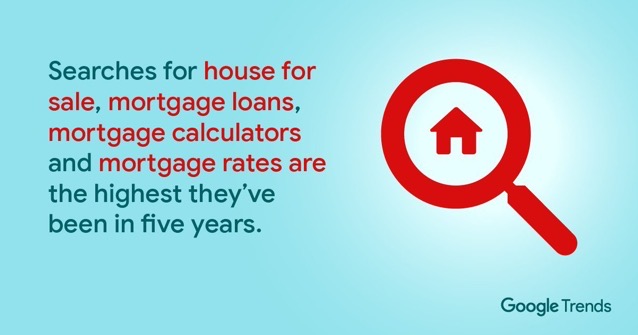 Google Trends also shows that  many Canadians went online to begin their home buying journey for the first time, which resulted in searches for houses for sale, mortgage loans, mortgage calculators, and mortgage rates reach the highest they’ve been in 5 years.

The data further indicates that many Canadians are looking to relocate outside of city centres, into cottages, or buying properties in suburban and rural areas. 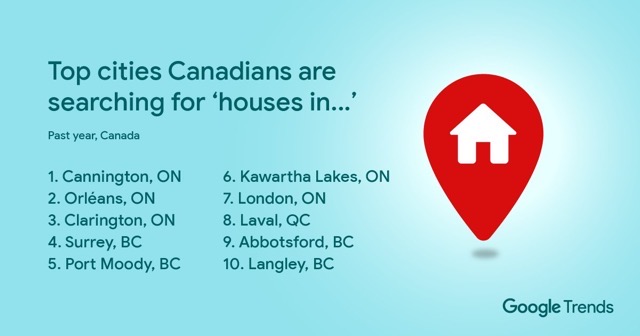 “In fact, many of the top regions Canadians searched for “houses in …” last year were quite the opposite of your typical big city,” notes Google.

Check out the top trending questions Canadians are asking about mortgages in the following image and let us know if you’ve been doing similar searches lately as well. 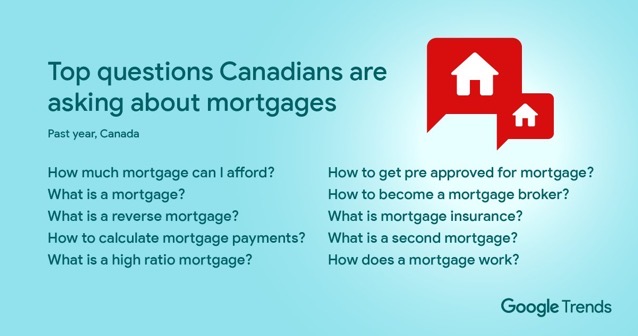