How Accurate are Apple’s Maps in Ontario? [CHART]

You might not be having issues with Apple Maps in your area, but some people are. Jason Matheson fired up Xcode (via Daring Fireball) and wrote code to determine just how accurate Apple’s new Maps are in Ontario. This was after he upgraded from the iPhone 3G to the iPhone 5.

Here are the results of Jason’s research: 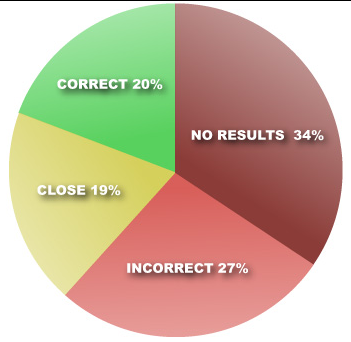 Moreover, Jason had this to say about his experience of Apple Maps in Canada (is it a fair analysis?):

So Apple basically screwed over all iPhone users in Canada this time around. What’s troubling is that many of these towns don’t even appear on the map.

Unfortunately I’m locked into another 3-year contract. The Apple website states that the new Maps App is the most beautiful, powerful mapping service ever. I got suckered. I know I know. Add the web-based Google Maps back to the Home Screen and stop complaining right?

Earlier today, Apple CEO Tim Cook issued a sincere apology letter detailing how Maps “fell short on this commitment” to provide the best experience to customers, and suggested alternative maps to use in his statement.

For those in Ontario–how has Apple’s Maps fared for you? Does it convey any of the results of Jason’s research? You can check out the full Ontario search results here.

An Apple employee is facing possible termination after posting a TikTok video that has since gone viral. Paris Campbell, who has worked at Apple for six years, posted a TikTok offering some advice to another user who lost their iPhone at Coachella. Campell now allegedly faces termination for identifying herself as an Apple employee, discussing...
Steve Vegvari
21 mins ago