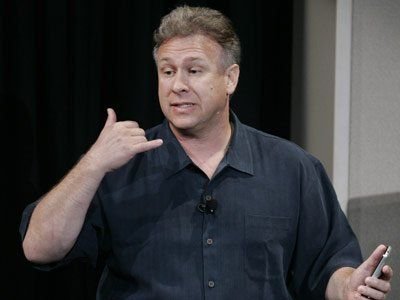 Tech-industry analyst Michael Gartenberg from iMore, who has recently ended up working for three years for Apple as a senior director for product marketing, has shared the unique process of hiring Apple executives use once they have decided they want to work with you. Gartenberg explains on a recent podcast with The Mac Observer, that while he was working as an analyst, he participated in a few conference calls with Apple to discuss sales, trends, and other things of interest to analysts.

At the end of one of the calls, Apple Vice President Greg Jozwiak asked Gartenberg for “five, 10 minutes of your time.” “Apple VPs don’t call analysts just to schmooze,” Gartenberg explained. “I’m going, ‘what on earth did I do that I have totally annoyed Joz?’”

“So the phone rings, 408 number, coming from Apple. I pick up the phone and he goes, ‘Hey Michael, it’s Joz,” Gartenberg said. “‘Look, I don’t have a lot of time to talk right now, so I’m going to cut right to the chase. Would you like to come out here and work with us?'”

Jozwiak eventually revealed that the job would mean that he would report to Phil Schiller, Apple senior vice president in charge of marketing, but Schiller wanted to give him the details himself. “‘You’re asking me if I’m interested in a job, if I’m willing to move out to the West Coast, but you’re not willing to tell me what the job is,'” Gartenberg joked. “He goes, ‘Yeah, that’s pretty much it. Phil will give you a call in the next couple of days.'”

Gartenberg didn’t hear from Apple for a few days. Then one day, he he got a call from an Apple recruiter, who once again wouldn’t tell him what the job was. “Phil wants to talk to you directly about that,” she told him while proposing to fly out to California in two days. The second he got off the plane, he got a text message that he needed to meet that day with Hiroki Asai, an important Apple marketing employee. The next day, it was a round of meetings, starting with Phil, and the rest of his staff.

Finally, it turned out that was the team he was going to join, as senior director, worldwide marketing. While he doesn’t go into specifics, he did say, “One of things that was said to me is that, you’re used to being the guy in the room talking to the press. You have to understand, Apple speaks with one voice, and you’re not the voice”.