How Hotspot 2.0 Will Work with Devices in iOS 7

iOS 7 has finally been unveiled, and Apple has confirmed a very handy, new functionality: support for Hotspot 2.0. The (too) short two-hour keynote didn’t allow Apple to go into detail and talk about this handy feature, but here is what you need to know about this cool addition (via SlashGear). 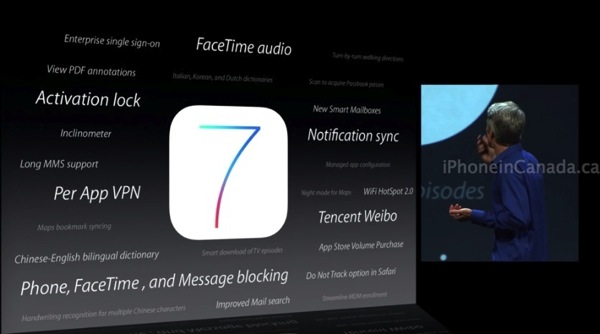 “Through combining the proven capabilities of Mobile Broadband and Wi-Fi technologies, users will have the freedom to move between networks with ease,” said Dan Warren, Senior Director of Technology at the GSMA when announcing the GSMA and WBA collaboration to enable automatic authentication of mobile devices on Wi-Fi networks.

Wi-Fi is increasingly emerging as a feature on smartphones and tablets, but today there is no consistency in the way these devices attach to Wi-Fi networks. This process includes device configuration, the use of access keys and the various mechanisms for acquiring and paying for connectivity. Wi-Fi roaming will allow mobile devices to seamlessly connect to a Wi-Fi hotspot using the SIM card for authentication, as well as enable mobile operators to uniquely and securely identify users whether they are on a mobile or Wi-Fi network.

Wi-Fi roaming will be based on the WBA’s ‘Next Generation Hotspot’ programme and the Wi-Fi Alliance’s ‘Passpoint certification’ technology. It will also build on the GSMA’s successful roaming principles that have propelled the mobile industry to more than six billion mobile connections worldwide, a number that is expected to more than double within the next ten years.

This means iPhones and iPads running iOS 7 with a suitable roaming account will be able to connect to a Wi-Fi network just as easily as they connect onto a foreign cellular network, since the Hotspot 2.0 system was designed to redirect wireless Internet connections from 3G/4G to much faster Wi-Fi pipes.

Since the Hotspot 2.0 system requires SIM authentication, iOS 7 users will need a compatible SIM that supports the EAP (Extensible Authentication Protocol). However, Wi-Fi-only tablets can use a second protocol, EAP-TTLS.

Hotspot 2.0 is the technology of the future, as only the Samsung Galaxy S4 is Hotspot 2.0 compatible at this moment, and widespread deployment is expected only next year.